Like many years before we are on the control 2015 in Stuttgart. Our booth can be found at Hall 5, Booth number 5614.

END_OF_DOCUMENT_TOKEN_TO_BE_REPLACED

You are here: Organization » History

The founder Reinhold Lannert always have foregrounded his to principles: Honesty and to say no whenever something goes wrong. Even the colleagues of his training company ,where he successfully graduated 1976, got confronted with his opinion as he worked as spare-man inside the quality managment and declined a whole charge of inductors from approval. 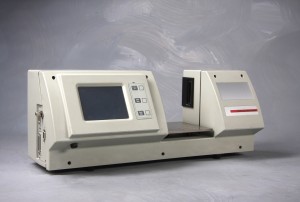 The leader of the group surely not being pleased and reported him to the production manager. But not even this stopped Reinhold from keeping his point which lead in the final decision to change the process so everything get done in the correct order Reinhold had imagined.

As he got called to the German Federal Forces in 1978/79 he worked at the calibration council to amplify his knowlege on airfields in bavaria by controlling various measuring devices for pressures, temperatures, voltage, current, resistance and even being able to diagnose and repair turbine test rigs. After this he been employed by Robert Bosch Corporation in Erbach (Germany) for the development facility of numeric controls before he switched his job again 1993 to EGI in Reichelsheim (Germany). There he been working and repairing with circuit boards containing a VGA port which been connected to LCD displays which been the top-edge technology of the whole market which was revolutionary in this field of use. Followed by a new change of his position, he begun a new job at Hottinger Baldwin Measurement with the main objective being applying strain gauges inside helicopter rotor-poles.

By the end of 1999 he begun his work at the service of a company in Groß-Umstadt (Germany). His tasks been calculation, diagnostic and repair of measurement devices followed by calibration, linearization and creating protocols for them.

2005 Reinhold Lannert begun his career as freelancer in his own workshop which also repairs measure gauges 1201 +1202 and 1210 (4025) + 1220 (4050 + 183). His own development and the continuous process of improvement create the conditions and the required environment for the precise calibration of the gauges intrusted to him.